A Farewell to MIT

Seven years and two degrees ago, I started college at the one and only Massachusetts Institute of Technology. Now it’s my time to leave this amazing place. I’m writing the story of my life but I’ve filled this page already and I’m writing in the margins with chicken scratch. The reality is, I need to turn the page and start a new chapter. But first, I wanted to highlight why MIT has such a special place in my heart.

Everyone at MIT knows what those five seemingly insignificant letters stand for within the first few days upon arriving to campus. But it’s not until after you’ve walked the halls, submitted psets at midnight, had a few mental breakdowns, and laughed with friends until the sun came up, that you discover the true meaning of IHTFP. 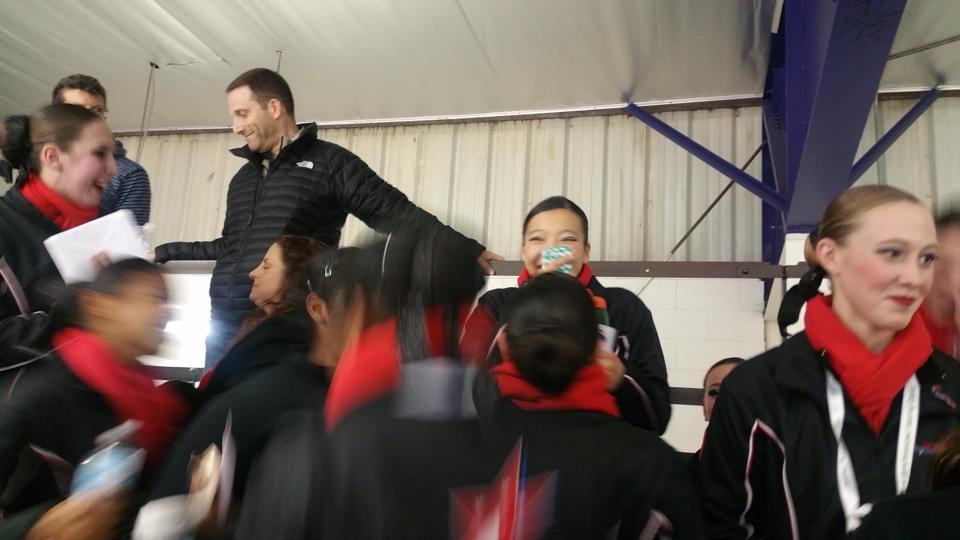 When I found out I got into MIT (and Caltech)!

My First Year at MIT

I remember first arriving to Boston by plane, ready to start my adventure at MIT. I took public transit and ended up lugging my suitcases a mile down Massachusetts Avenue (the main street in Cambridge cutting through MIT then into Boston), in a maroon MIT shirt that was drenched in sweat. I was doing a freshman pre-orientation program in mechanical engineering, and our task was to create these mini soccer playing robots. I named mine Jarvis, inspired by Iron Man. 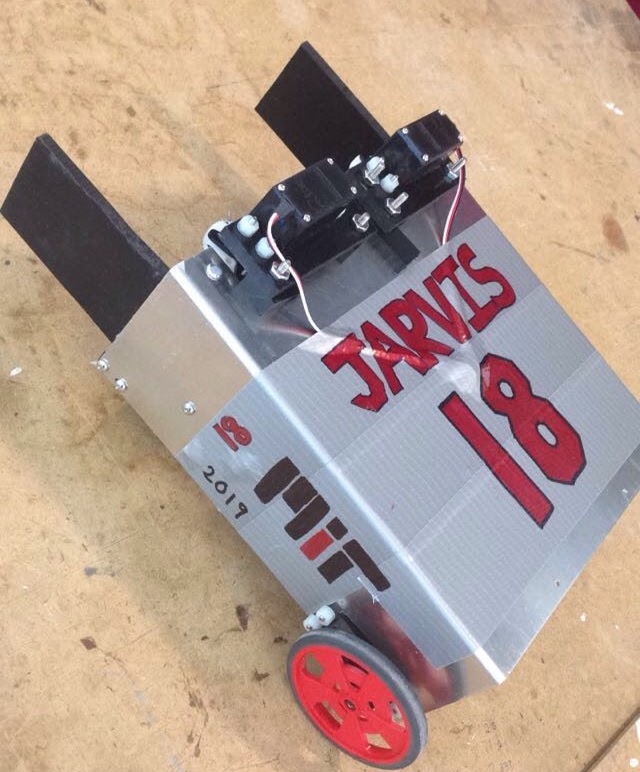 The first few weeks at MIT literally felt like sleepaway camp. Me, a kid who knew nothing, sharing the halls walked by legends and geniuses. I went hacking (aka tunnel exploring and rooftop hopping) with a random group of freshmen, friends with all of them now. We stopped by the Stata loading dock, which is basically a technological graveyard of abandoned computer parts, and briefly made eye contact with a guy wearing an LED helmet, before he hopped on a makeshift electric go-kart and scooted away into the night.

I first experienced virtual reality through an upstairs neighbor’s Oculus Rift, and the virtual roller coaster had me thinking “This is the future”. From that point on, I was hooked on virtual reality. I was invited to a fraternity rush event on a boat cruise in the Boston Harbor and there was dancing to loud music offered on the middle deck of the boat. But instead, I sat on the top deck of the ship with three newly-made friends, gazing at the stars, chatting about time dilation, muons, general relativity, black holes. 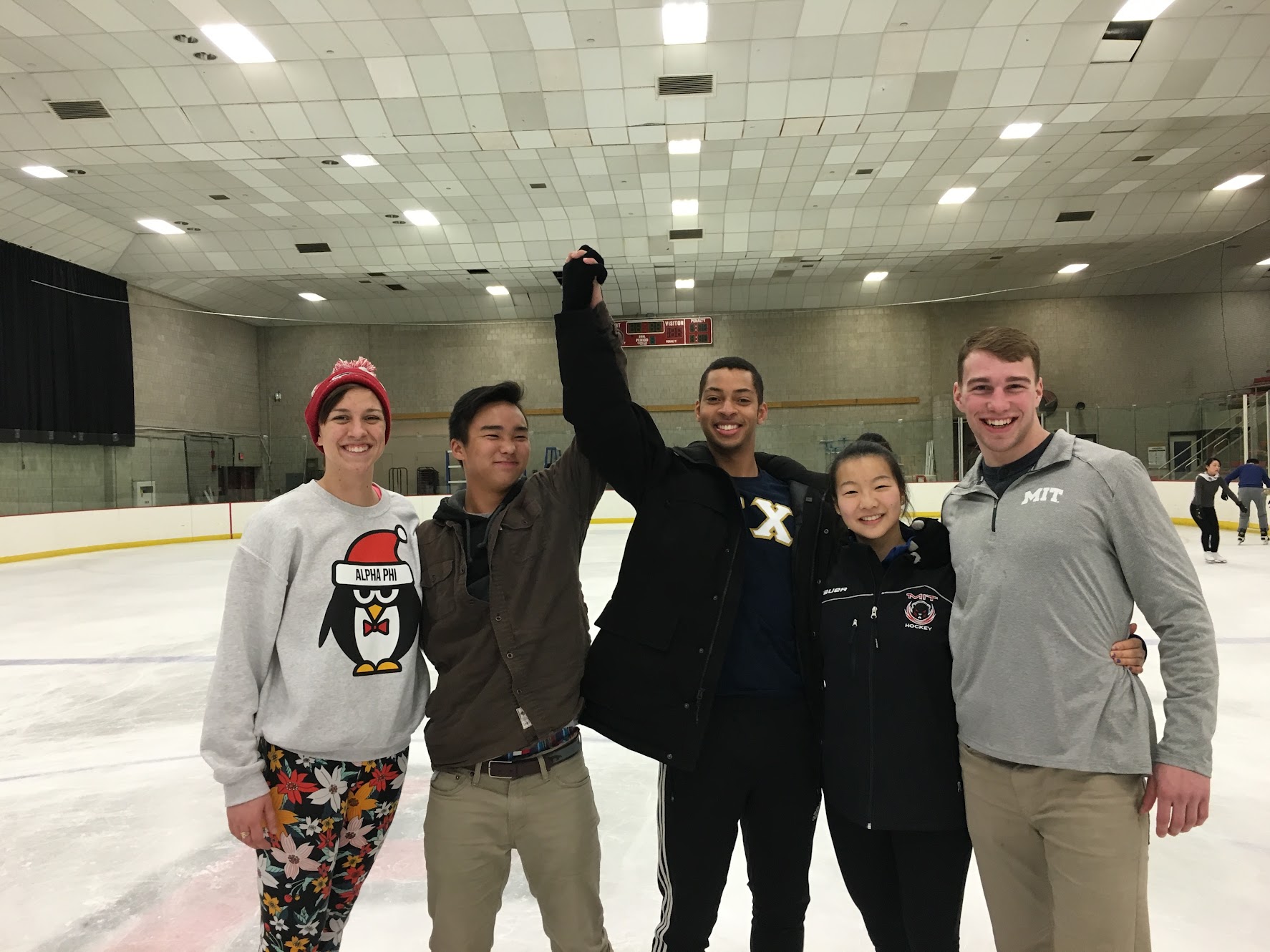 First semester of freshman year flew by. At MIT, first semester is on PNR, or pass no record. Essentially, if you get a passing grade in a class, it just counts as a pass. If you fail, then it disappears from your official academic transcript, like as if you were never enrolled. I was taking biology, multivariable calculus, electricity and magnetism, and a philosophy class called Minds and Machines. I had already taken multivariable calculus and physics in high school, but underestimated my strength in the subjects. As a result, that first semester was mostly filled with the excitement of being able to meet so many similarly minded people. I joined a sorority, frequented fraternity parties, had late night conversations with my hall mates, and ran around from ice rink to ice rink for synchronized skating practice and ice hockey. I passed all my classes. 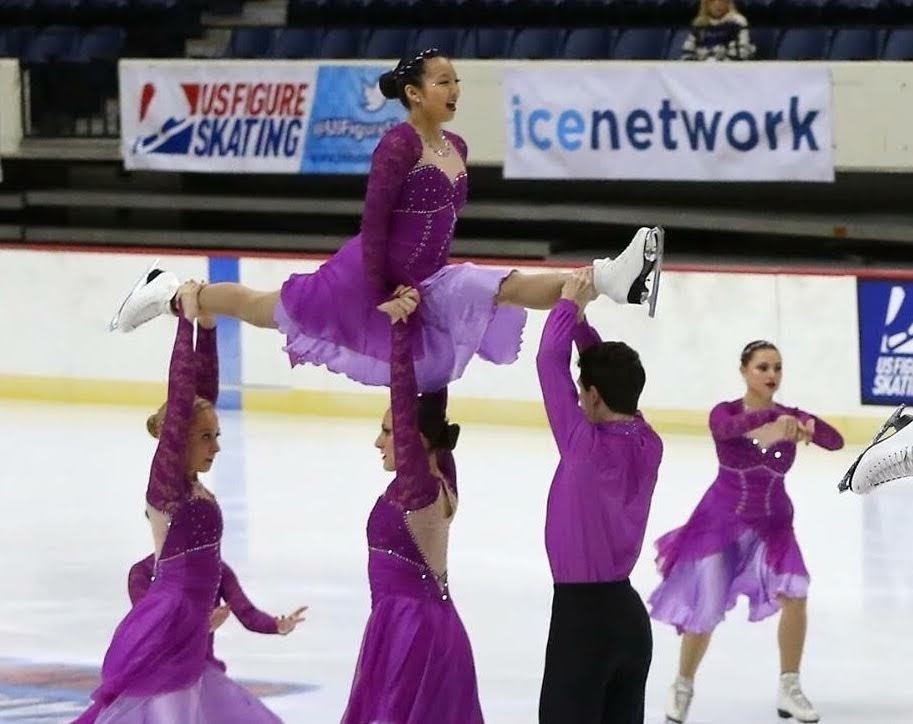 The following semester, we have grades, classes are more interesting, and the mood starts to change as the focus shifts towards academics. I took an intro to EECS class as well as math for computer science. While I felt as ease with my introduction to MIT, this semester humbled me as I realized that I had much to learn, and some things were just hard sometimes.

After freshman fall, I spent a summer in Paris working on an augmented reality project. When I first arrived in Paris, it rained for 2 weeks straight, my new SIM card didn’t work, my dad would send me articles about terrorism, and I was an 18 year old all alone in a foreign country where nobody knew I existed, except my boss and coworkers. However, once I started meeting the other MIT interns in Paris that summer, it became one of the best summers of my life. I went to the university cafeteria every night to get dinner with my MIT squad, and we would sit there laughing for hours. I would watch the sunset from my balcony, go to the Louvre every Friday night, admire the Eiffel Tower from Trocadero, and of course, have many many crepes. 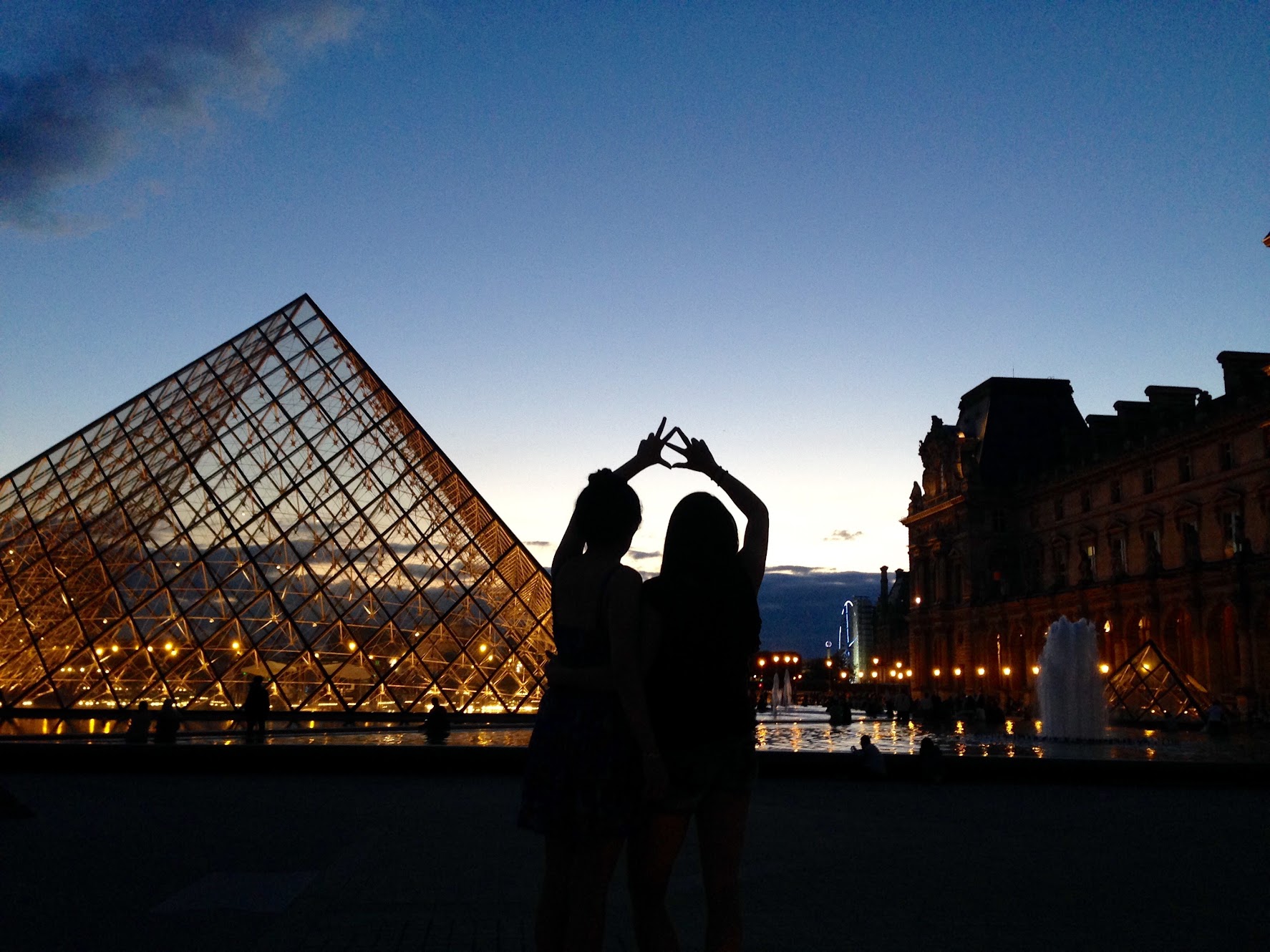 Me and my friend, Stacie, in Paris :)

The Other Three Years

But this high of my life was soon followed by one of my worst semesters ever. The reason? I was overambitious. I took 5 classes: computer science algorithms and data structures, special and general relativity, the physics of the early universe, probability and random variables, and Asian-American theater. Moreover, it turns out that the fall semester is crawling with recruiters and interviews, trying to convince you to take an internship with their company, but grilling you on everything you know about algorithms, math, programming, and critical thinking. There was one week where I had probability and relativity exams on Monday, my first final round interview in New York on Tuesday, an algorithms exam on Thursday, and an early universe exam on Friday. That’s a week I look back on and say, if I can survive that, I can survive anything. 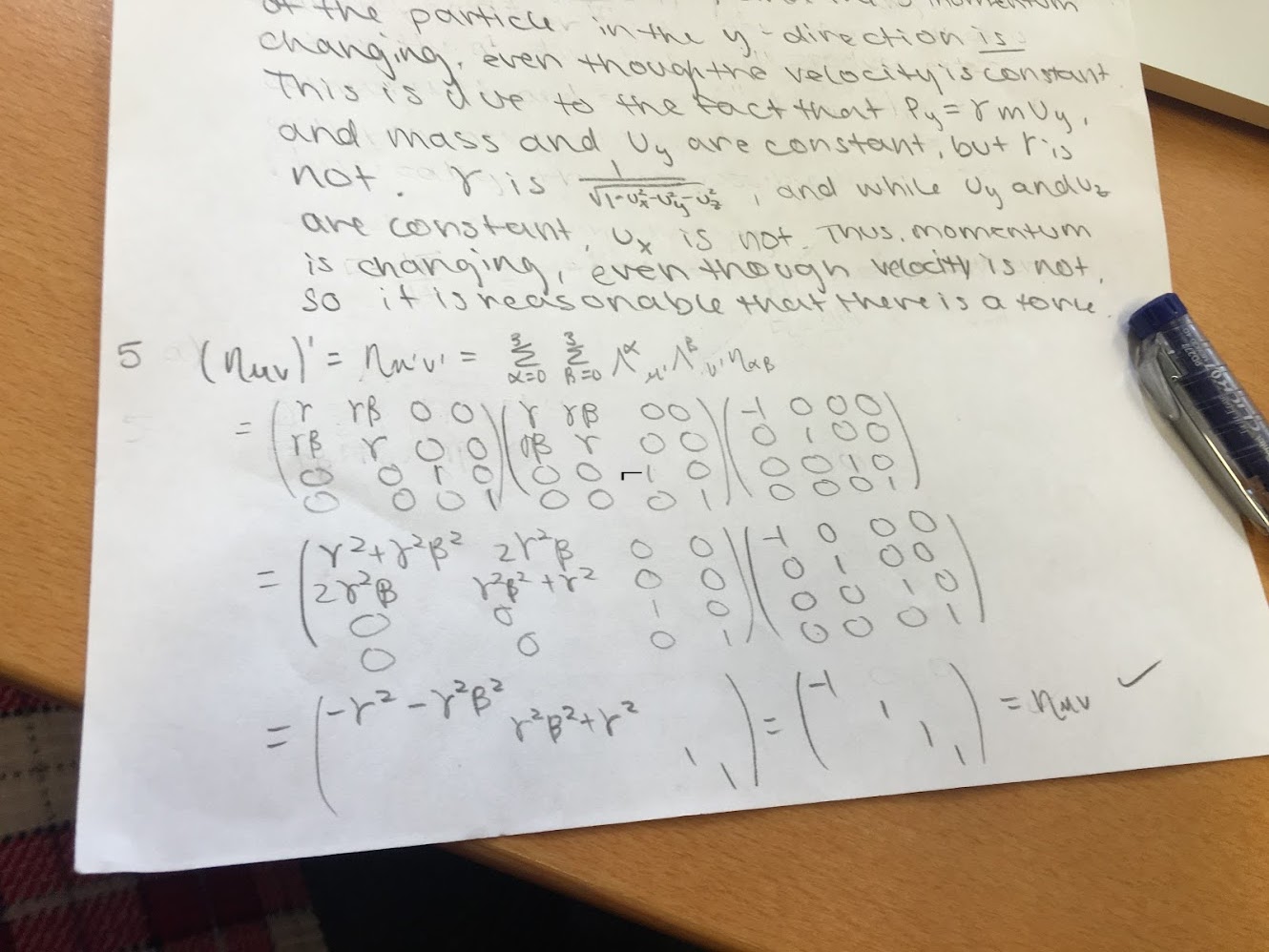 I just learned the hard way that sure, I can take a bunch of classes and probably do ok in all of them, but I realized I didn’t want that. The amount of pressure, anxiety, and loneliness that I felt was overwhelming. I learned that I needed to prioritize what I wanted, and that was not to take thinking-intensive classes that isolated me from friends. So, the next semester, I took only 4 classes, one of which was virtual, and I worked part-time at the hedge fund I was going to intern for over the summer. This was the first time I had prioritized my mental health, and I had absolutely no regrets. By the end of sophomore year, I had declared a double major in physics and EECS.

In my junior year, I had gotten into the swing of things at MIT. I had taken my first course in AI in the fall, competed for MIT at the MIT figure skating competition in the winter, and then took ML, quantum, and a really time-consuming, yet rewarding microcontrollers lab. Junior spring was pretty tough emotionally, for personal reasons, but it’s one of those times when you think to yourself, “Ok I’m at rock bottom, at least it can only go up from here.. But then things keep doing downhill”. 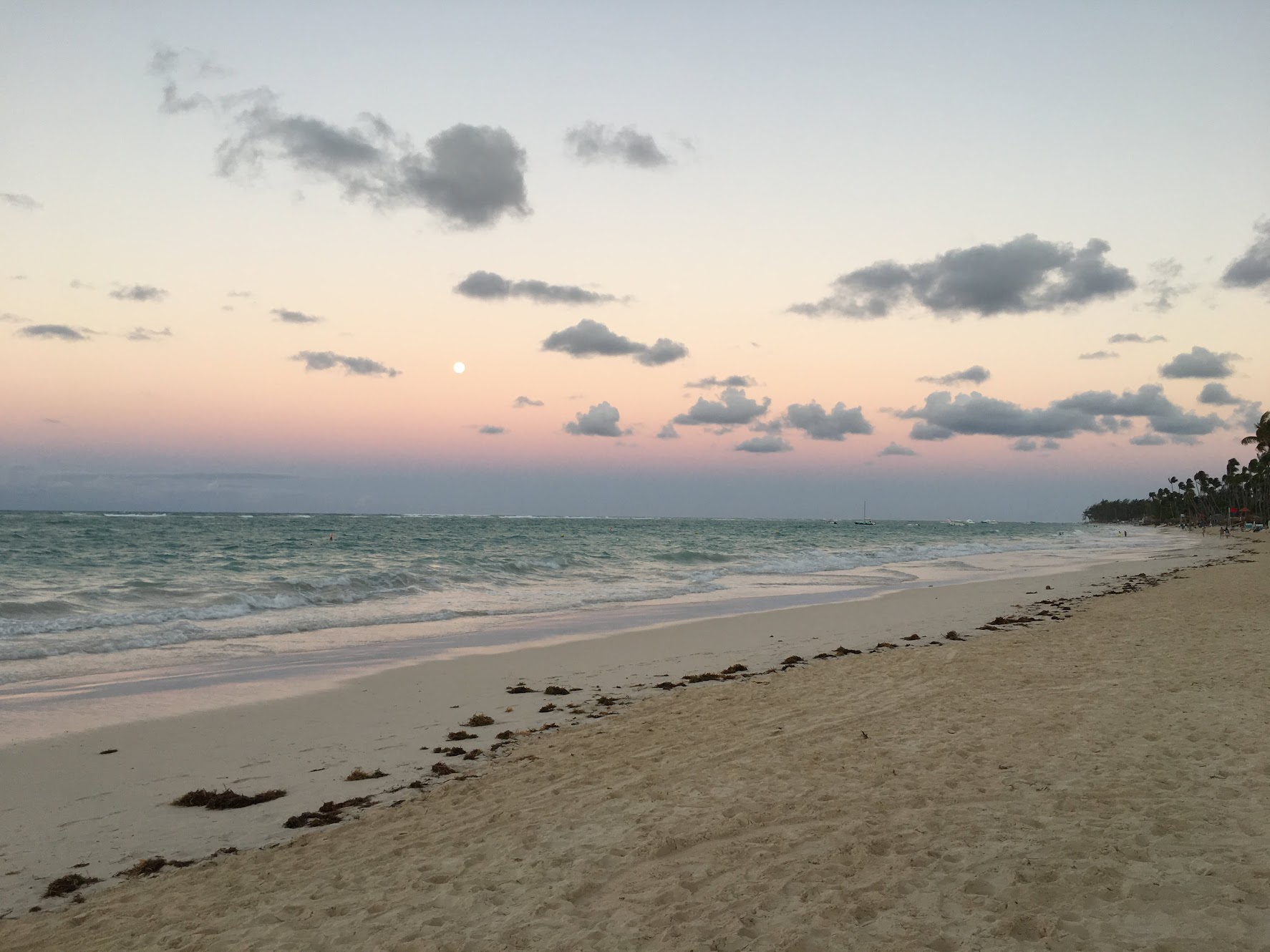 I was supposed to have a trading internship with DE Shaw, I was supposed to go to Canada for spring break, I was supposed to participate in Red Bull Can You Make It and travel from Stockholm to Amsterdam in 7 days without money or credit cards, only Red Bull. All these positives I was holding on to got shut in my face over and over again. But at the end of the day, I landed an internship at Tech Square Trading, I went to Punta Cana for spring break instead, and I made at least the spring training team for my dream synchronized skating team - the Haydenettes.

Me in my Haydenettes jacket!

Entering my senior year, I was wrapping up my graduation requirements, so I had to take intro chemistry and a required communications class. I also took an extremely interesting history of physics class, which discussed everything from Einstein’s paper on relativity and E=mc^2, to the nuclear bomb and the entanglement of physics with politics. I had been going to the ice rink 4x a week for practice, which meant that I had to make some sacrifices, such as not going to “Boos Cruise”, our boozy Halloween seniors event. But, it meant that I spent 2 weeks in January in Austria and Sweden in a skating bubble, which was not so bad. In the spring, I had a light course load, really only having to worry about statistical physics and computational photography. I spent most of my time enjoying my last moments with friends who were soon to be spread out across the country. 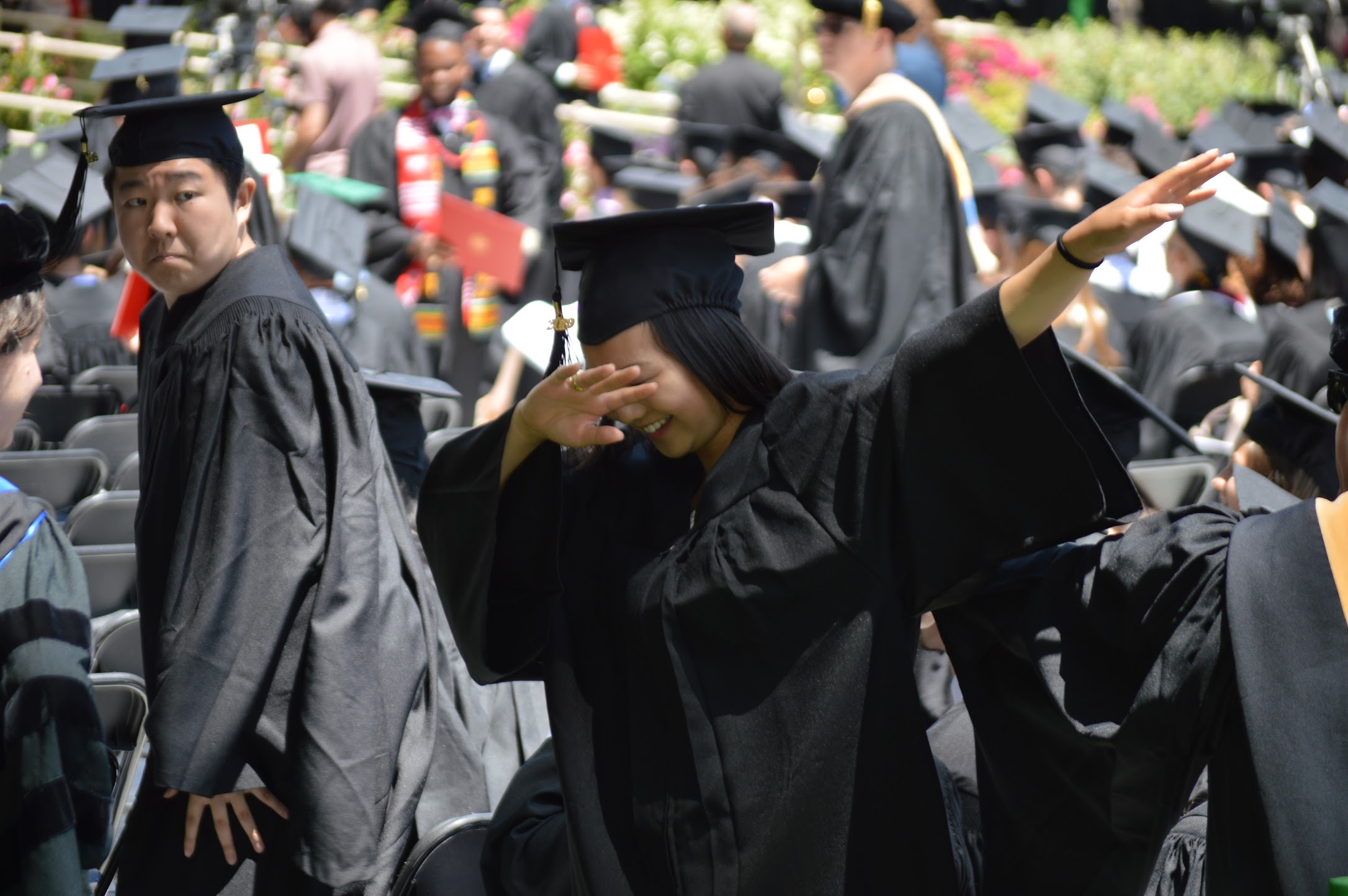 After graduation, I started a new life working full time, but still skating competitively. During covid, I realized that I was really craving more intellectual stimulation than my current job at the time could have offered in the stage the company was at. So with that, I decided to return to MIT once again and start a Masters. I have always wanted to merge my two passions for CS and physics, so when an opportunity in the Relativistic Heavy Ion Group presented itself, I jumped on the opportunity.

When I was back at MIT, I had felt alive again. My first pset was really rough, as I had to get used to doing math and proofs for my graduate machine learning class which focused on theory. But, I was readying about interesting applications of ML in physics, and working with MIT Driverless, where I got to help with the planning and controls teams on algorithms for a self driving racecar! Over IAP, I participated in pokerbots and became increasingly interested in reinforcement learning - a branch of ML where you teach the computer to learn based off rewards and past experience, since I found out that there was an algorithm that can actually beat the pros! So naturally, in the spring, I wanted to take a reinforcement learning class which unlocked a new domain of artificial intelligence, and I was absolutely fascinated by it. 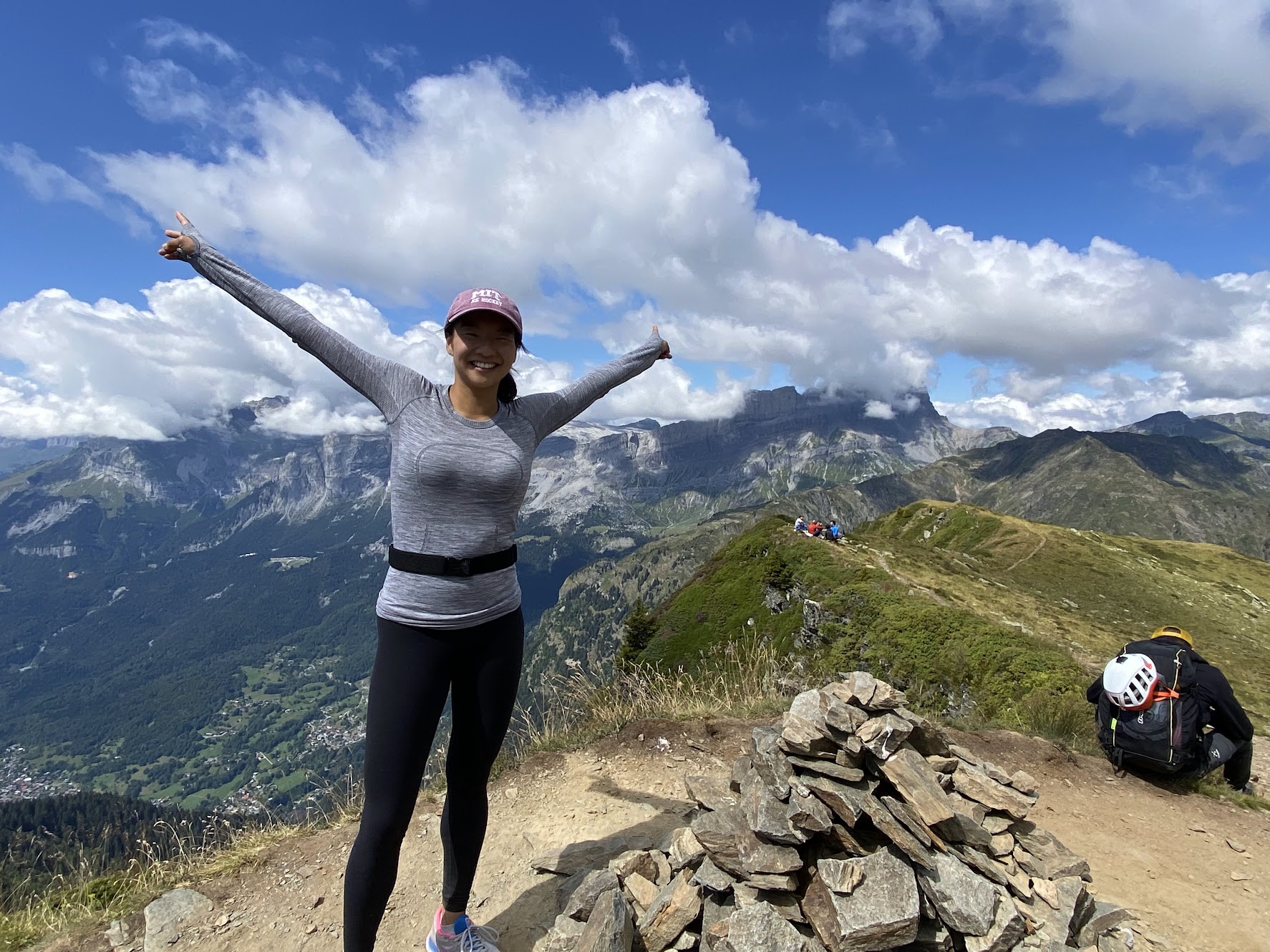 In the summer, I had the amazing opportunity to travel to Geneva, Switzerland, to work at CERN on a research project. It was an amazing summer in Geneva, filled with plenty of fondue and hiking.

Returning back for the fall was extremely stressful as I had to wrap up my research, write a thesis to graduate, and figure out what to do with myself postgrad. No pressure. I think there was one week where I literally had an interview every single day for 3 weeks in a row, and also considering applying to PhD programs. I had also been doing taekwondo all semester, and gained a new group of really amazing friends. Fast forward 3 months later, I survived, and by the end of the fall term, I had submitted a thesis, graduated, and found a job.

I am extremely grateful to have been able to experience the past few years of my life here at MIT, but I feel like it’s time to move on. I have had my highs and lows and I feel like I have done everything I came here to do. This place will break your spirit and crush your soul, but it’ll build you back even stronger. This place will enrich your mind and elevate your thinking, but leave you wondering about how much you still don’t know. This place is more than just a school. It’s a place where I spent some of the most memorable and transformative years of my life. My freshman self had no idea of what laid ahead.

At MIT, I have formed incredible communities, whether it was my dorm floor, sorority, major, hockey team, skating club, Driverless, MISTI, or just random connections. I’ve become the person that I once aspired to be. So for now, I’m going to be saying goodbye to this wonderful place.

IHTFP. It means both “I hate this f**king place” and “I have truly found paradise”.